SQL SERVER 2012 OUT OF MAINSTREAM SUPPORT

The latest and final Service Pack for SQL Server 2012 was released on October 2nd, 2017. It includes all the updates through Service Pack 3 Cumulative Update 10 as well as features that have been developed for later versions of SQL Server that have been back-ported to 2012. It’s great to see that Microsoft is continuing to give love to product versions that are 3 versions older than current and over 5 years old.

Along with including the bug fixes from SP3 CU10, there are numerous improvements worth mentioning. There are startup messages in the errorlog that display the number of tempdb files and their sizes and autogrowth settings. These community best practice performance settings are now front and center in the product. As opposed to having to do something through xp_cmdshell or PowerShell in order to get settings from the operating system, there are now columns in Dynamic Management Views (DMVs) showing what the Lock Pages In Memory and Instant File Initialization settings are set to in the operating system. This will decrease the complexity of tools like the Moser SQL Server Checkup & Best Practice Analysis to determine if these critical performance settings are properly enabled. Also, active Service Broker connections will automatically be closed during an Availability Group failover where they were needlessly left open before.

So, what does this mean for support of SQL 2012 in the future? Microsoft has stated that there will be no more Cumulative Updates or Service Packs for SQL 2012. Depending on security issues discovered, there may, however, be General Distribution Releases (GDRs) with security fixes. SQL 2012 is now in the same state that SQL 2008 and 2008 R2 have been in for several years – no new features or bug fixes – just security updates. This means if Microsoft discovers a bug in any newer version of SQL Server, they will NOT back-port the fix to SQL 2012 (or 2008 or 2008 R2 for that matter). This leaves a customer with two options. The customer can either pay Microsoft specifically to back-port the hotfix to SQL 2012 via an Extended Hotfix Support agreement, or the customer can upgrade to a newer version of SQL Server. With all the new features and performance enhancements on newer versions of SQL Server, as well as so few deprecated features being truly shut off since SQL 2012, we highly recommend considering upgrading in this situation. Even though 2012 has just had some love, it’s only a matter of time until a new bug is discovered that users of this version will not be able to patch. 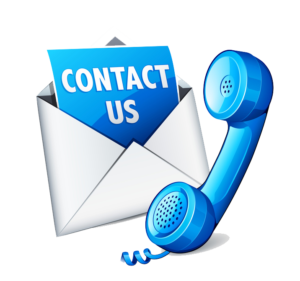